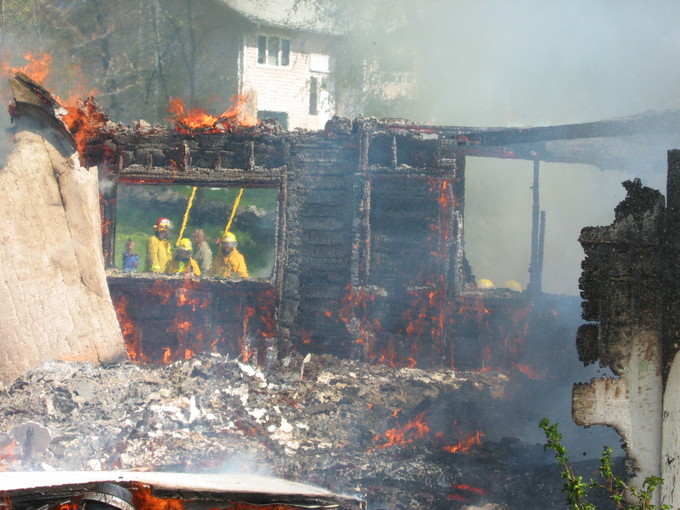 In order to provide fire protection for the area, a Fire Commission for Beasley and Blewett was formed in 1988 to study the feasability of forming a fire hall for each. By 1989 we received permission to go ahead with our plans, and in the fall of 1990 a group of volunteers from Beasley began to train with the Crescent Valley Fire Department at their hall while the Blewett members trained with Tarrys Fire. Peter Cowan was our chief at that time.

In the spring of 1991, construction commenced on both halls and the trucks arrived later that summer. We opened our doors in December of 1991 with seventeen members. Our equipment at that time consisted of a pumper engine and a tender (tanker). Our first officers were Chris Speed (Fire Chief), Pat Brach (Deputy Fire Chief), Peter Cowan (Training Officer), Al Craft (Captain), Fred Doerfler (Captain) and Bill Swetlishoff (Captain).