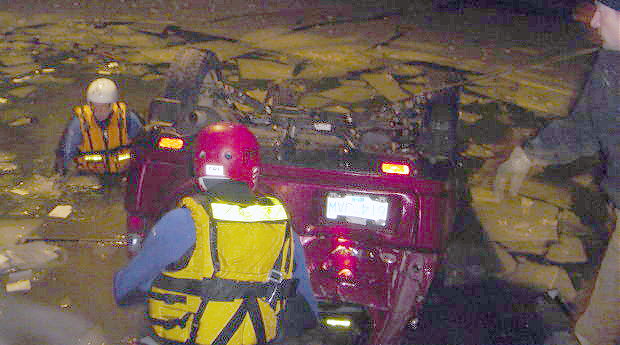 Valentine's Day Rescue - Ice Water Vehicle Entrapment
Fire, ambulance and police responders participated in the successful rescue of a woman from her vehicle after prolonged immersion in icy water in the early hours of Valentine’s Day morning. The happy ending is credited to a combination of individual initiative, interdepartmental cooperation and one woman’s amazing will to live.