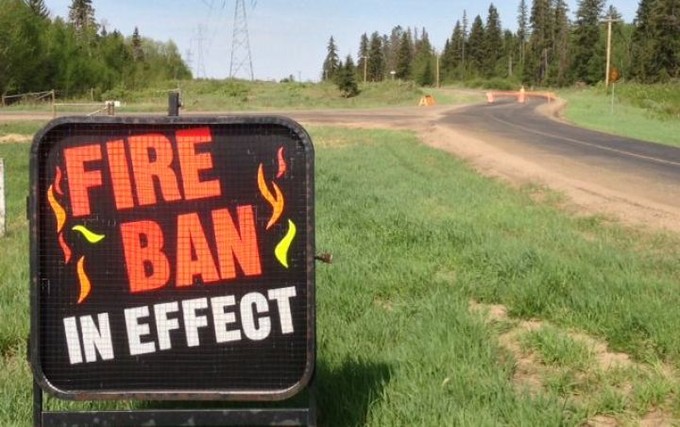 Open fire ban in effect July 8
Global News - As temperatures soar across British Columbia, the Ministry of Forests is taking another step to protect against wildfires.

All open fires, with the exception of campfires and certain cook stoves, will be banned in the southeast fire centre, effective at noon on July 8.

That means the burning of waste, slash or grassland, or any campfire larger than half-a-metre by half-a-metre, is prohibited from just north of Revelstoke to the U.S. border, and from the west side of the Monashee Mountains to the Alberta boundary.

Violators could be handed a $345 ticket or face penalties of up to $100,000 and one year in jail if convicted in court.