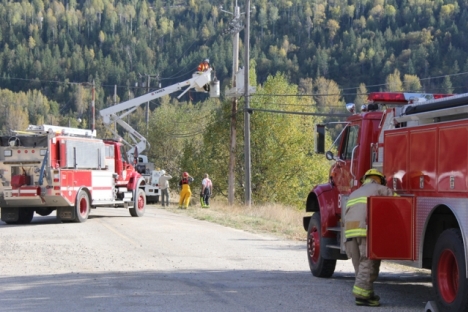 At approximately 2:30 p.m., a call came in that one of the three transformers high above the ground on supports caught fire on Taghum Hall Road.

The fire tripped the line, causing a power outage to the Taghum area.

Nelson Hydro along with two trucks and four firefighters from the Beasley Fire Department responded to the scene on Taghum Hall Road.

Using extinguishers the fire was quickly put out.

Nelson Hydro workers transferred power through to the other two transformers before removing the damaged unit from the support.

Hydro was restored to residents at about 3 p.m.

No one was hurt in the incident.